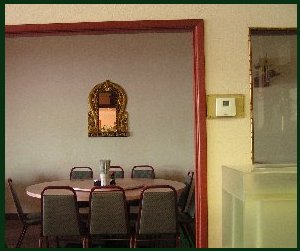 The Chinese noodle place we frequent kept the Thai decor of the previous owners which now coexists without fuss, very casual, in a setting of typical lack of Chinese propriety. Only the food matters.

Another example of casual world we live in, here is a blog from our friend prosecutor Patrick Fritz. (I am sure he has no time to keep a blog)

Milan Kundera has a new book which sounds like a rehash of his last essays “The Art of Novel”.
.
“The Debt to Pleasure”
Hanif Kureishi explains how the work of the Japanese master inspired him to write the screenplay for Venus

Tanizaki does take these ideas further, throwing open the whole question of love itself, of what it is we love about the other. The characters in his work are deeply involved with others. But in what way and what does it mean? How do perversion and love interact? Is fetish love real love? Is being excited by only a part of the other real sex? Is fetishism a version of love, or its obverse? Is it only, as Havelock Ellis designated it, “auto-erotic”?

Much as they might like to be, Tanizaki’s characters cannot be self-sufficient. They never stop needing one another. As both characters struggle for ultimate, complete control over the other, the engagement is almost comical. Tanizaki is aware that, in the end, you are always dependent on the other; indeed, you are partly creating them, having them play a role with which you identify. This is not only the case in exhibitionism or voyeurism, but in sadism, too. Yet the freedom of the other, which resides in their words – or perhaps a diary – will ultimately elude you; it has to. Total control would end in death, or the murder, of one of the subjects, at which point the game ends.

The Debt of Pleasure 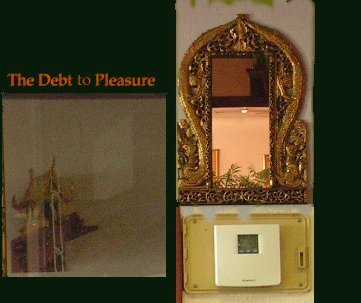 Hanif Kureishi and Joan Didion here (they share a birthday)