The Dark Brain of Piranesi

<> <>
Piranesi from National Gallery of Art 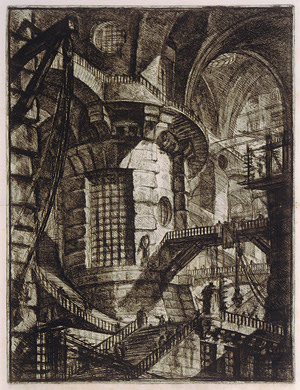 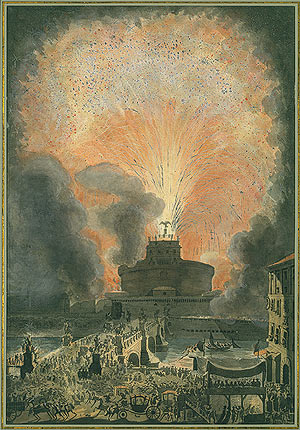 The Dark Brain of Piranesi by Marguerite Yourcenar
(M.Y is known as Madame Bibliotheque – I would like to read her essay on Prisons of Piranesi’s etchings)

This discussion must have taken place at this Farmhouse.

Huize Piranesi
The history of Huize Piranesi is the transition of a farmhouse where the peasant family and their livehood used to live together under one roof, into a family house with space for performances.
In the beginning of the seventies, the house welcomed the philosophers Noam Chomsky and Michel Foucault, Leszek Kolakowski, Arne Naess and Karl Popper.

Farmhouse build on the inspiration of Piranesi.

From what I could see, Chomsky kicked his bald ass all over the stage.

Nice pairing. Two totally annoying know-it-alls that I’ve learned something from.
I do have to admit that the clip shows Foucault at his most dogmatic, while Chomsky is actually asking for support for creative activities outside his usual focus. Foucault focuses so much on established government institutions, as makes sense for his great work on the Enlightenment, as if Obama had more power than the banks too big to fail, that he could drive me to become a dogmatic Marxist.

(The above from Facebook discussion on occasion of Giovanni B. Piranesi’s birthday – Oct 4)