“When two texts, or two assertions, perhaps two ideas, are in contradiction, be ready to reconcile them rather than cancel one by the other; regard them as two different facets, or two successive stages, of the same reality, a reality convincingly human just because it is complex.” Marguerite Yourcenar 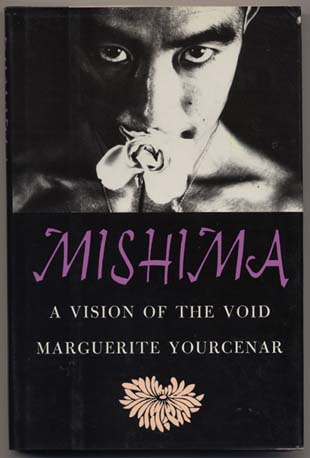 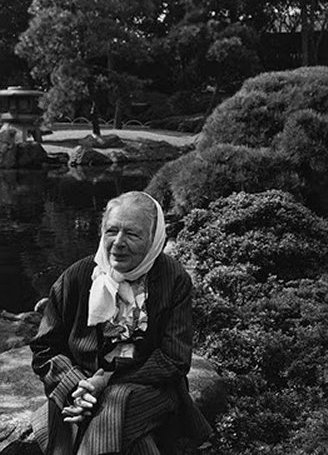 (Photo of book cover Mishima Vision of the Void via Amerika and right photo M.Y in Tokyo)

Mishima: A Vision of the Void (1980) tried to separate the persona or shadow of great Japanese writer, and homosexual, and the human being of flesh and blood. “… let us remember that the central reality must be sought in the writer’s work: it is what the writer chose to write, or was compelled to write, that finally matters. And certainly Mishima’s carefully premeditated death is part of his work.” 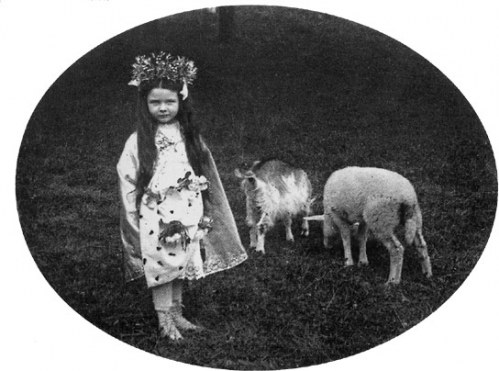 She never went to school. She had a few tutors, but mostly she educated herself. She taught herself Latin, ancient Greek, English, and Italian; she read everything she could find.

Coup de Grace was her most autobiographical novel.

Marguerite Yourcenar, the Belgian born French novelist was the first woman elected to the Académie française. She was born on 8 June 1903.

Becoming an Emperor by Joan Acocella (New Yorker) wrote that she was an extremely isolated artist.

M.Yourcenar, an erudite and eccentric Grande Dame of Letters, spent half of her life in USA, and even had a citizenship and taught at Sarah Lawrence.

She translated Virginia Woolf’s The Waves over a 10-month period in 1937. (wiki)

Elegant and marmoreal [these essays] have the considerable charm of a hard-worn historical sense worn lightly, with a quickening of fine discriminations into lively images. – John Updike “That Mighty Sculptor, Time”. (Marmoreal means like a marble or statue.)

More about M. Y. “Her many meditations on the meaning of love and pleasure often had their roots in personal crisis; yet they were always filtered through historical, mythological or fictitious characters.”

Previous post The Dark Brain of Piranesi borrowed the title of Yourcenar’s book of essays.

On Jung when asked about Freud and Jung ( Paris Review )
As a great psychologist I prefer Jung. He was sometimes strange, but there was genius in his madness. He was more a poet and had a larger perception of human nature. In his memoirs (Memories, Dreams and Reflections) you are often confronted with the mystery of life itself. For example, his mother hatred, so strong that a table breaks itself in two when they are together! A stunning para-psychological episode or a beautiful symbol?

As for Henry James, the best definition is the one by Somerset Maugham, when he said that Henry James was an alpinist, equipped to conquer the Himalayas, and walked up Beaker Street! Henry James was crushed by his stifling milieu—his sister, his mother, even his brother who was a genius but of a more philosophical and professorial kind. James never told his own truth. 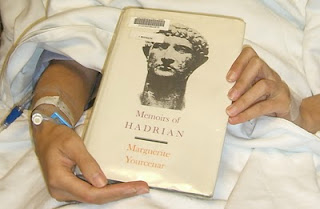 In the Ambulatory Surgery Unit –
Hadrian, even though he was ruling Rome, he was very low key about the whole thing. He loved power, but not drama and, reading about how he just took everything in stride logically — giving a troublesome government official a stipend and sending him to the countryside — relaxed me and helped me look at the surgery logically. 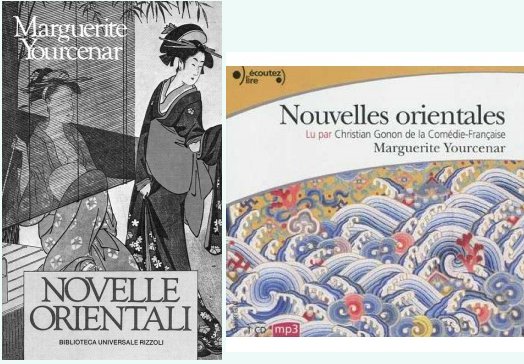 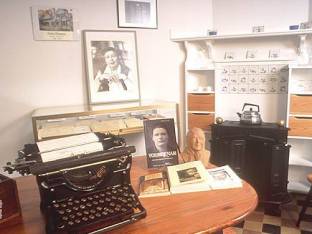 She visited Borges and spent some times with him just before he died. Her tribute to Borges became her last piece of writing.

Here is a sample of her writing;

Febo del Poggio
I am awakening. What did the others say? Dawn, you who reconstruct the world each morning: complete, with naked arms that hold the universe: youth, the dawn of man. What does it matter to me what others have said, thought, believed…I am Febo del Poggio, a scoundrel. Those who speak of me say that I have a base soul; but perhaps I have no soul at all. I exist in the way a piece of fruit exists, a glass of wine, a splendid tree. When winter comes, one abandons the tree that no longer offers shade; when one’s hunger is sated. one throws away the pit; when the glass is empty, one takes another. I accept that. Summer, the lustral water of morning over lithe limbs; O joy, dew of the heart….
I am awakening. Before me, behind me, there is eternal night. For millions of ages I have slept; for millions of ages I shall sleep again…I have but one hour. Why would you spoil it with explanations or maxims? I stretch out in the sun, on the pillow of pleasure, in a morning that will never again return.

(Excerpt from a book “That Mighty Sculptor, Time” by M. Yourcenar).