Around the World – August Memorandom

1) Leave it to Bush (well crafted animation by Ken McKintyre.)

2) Celebrity Verite – Brad Pitt is a closet conceptual artist – his collaborator Fashion photographer Steven Klein is showing his work at Gagosian L.A. ( for above 2 links from here)

3) On this day today (August 3) in Milan and Sicily:
1778 The opera house La Scala opened in Milan, Italy, with a performance of Antonio Salieri’s ”Europa riconosciuta.’
1943 Gen. George S. Patton slapped a private at an army hospital in Sicily, accusing him of cowardice. 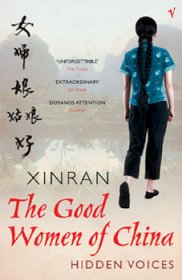 4) Sky Burial and One woman broke the silence.

5) Something caught my attention.

6) Sokurov on Emperor Hirohito, The Sun. (Added Sokurov’s homepage to vitro nasu sidebar menu.)
The comic Japanse actor Issey Ogata plays the Emperor Hirohito.
“Recently, Ogata has been basking in the limelight, having played the lead in two critically acclaimed feature films. One is “Tony Takitani,” the latest work by Japanese director Jun Ichikawa, which is based on a short story by the best-selling and world-renowned novelist, Haruki Murakami. ” (More here – you can see the chameleon in the sample photos of Ogata playing different characters.)