Deprecated: Return type of HM\BackUpWordPress\CleanUpIterator::accept() should either be compatible with FilterIterator::accept(): bool, or the #[\ReturnTypeWillChange] attribute should be used to temporarily suppress the notice in /home/mutanteg/public_html/vitro-nasu/wp-content/plugins/backupwordpress/classes/class-path.php on line 456
 Princess Diaries – Sasha Cohen and Shahzia Sikander – Vitro Nasu
Previous
Next

Romeo and Juliet at Marshall 2005 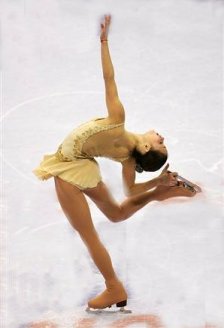 Sasha Cohen won her first US Gold last night! The image on the right
is by Shahzia Sikander, see more at Crownpoint Press and here.

The two elegant, exquisite lolitas or (Princesses) are growing and maturing as artists – both naturally gifted one with pen and brushes, another with skates on ice. Both are endowed with genuine creative spirits.

Sasha is a Scorpio Rat “This person is generally lithe and agile as well as quick-spirited. He or she will probably enjoy all manner of graceful sport and prove able at competitive games”

Off ice Sasha takes cooking lessons, designs clothes and talks to her fans from her website. 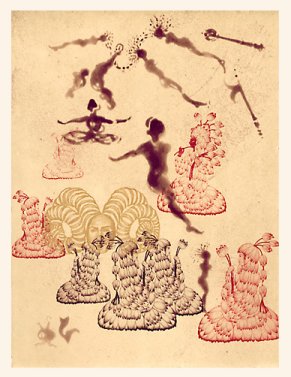 Shahzia was born in Lahore, Pakistan and graduated from Rhode Island School of Design.
“IB: You began your interrogation of miniature painting in the late 1980s in Pakistan at the National College of Art in Lahore. What was your initial interest in working this way?
SS: I elected to work in the miniature format in 1988 during my second semester of foundation year at school. The choice itself was an act of defiance. At that time, there was no interest in the miniature painting department ” (via)

“Shahzia Sikander: No. I’m interested in the very fine play with tradition, but the intention was not to subvert or to reinvent, but definitely to take it on, to learn the language before you can talk.”
(Via A Conversation with Shirin Neshat and Shahzia Sikander)

Another Princess, Chelsea was spotted in India.
Why Chelsea Clinton visited Rajasthan? (via 3quarksdaily)
Margaret Cho visited India too, read her blog and see the pictures.