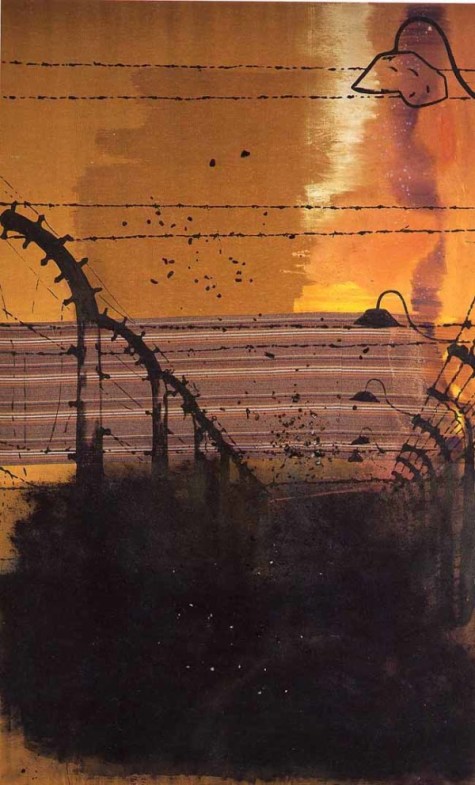 Size A – He really liked the film Double Suicide.

Size B
“I didn’t want to harm the man. I thought he was a very nice gentleman….
(Saw “Capote” by Bennet Miller yesterday. )

Sigmar Polke is a brilliantly witty artist. I use the word ‘wit’ in the way it was used of English 17th-century poetry, to describe a ranging and probing intelligence that investigates everything, connecting disparate images and ideas. He can be flatly comic and slapstick. He can equally make layered and ambiguous images of great subtlety. He does not preach or hector; I have the sense that he expects his audience to participate in the rueful irony – and in the delight – with which he presents his phantasmagoria. He has constructed, arguably, the most complete language I know for describing modern reality.