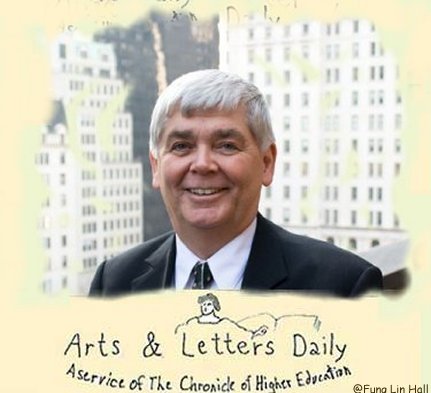 Denis Dutton, the author, academic and philosopher who saw the Web as a place where intelligent ideas could flourish, has died in New Zealand at the age of 66, according to New Zealand news sources. Dutton was raised in Los Angeles and was the brother of booksellers Doug and Dave Dutton of the legendary Dutton’s Bookstores in Los Angeles.

He was a master of tweets and an Universal Connoisseur 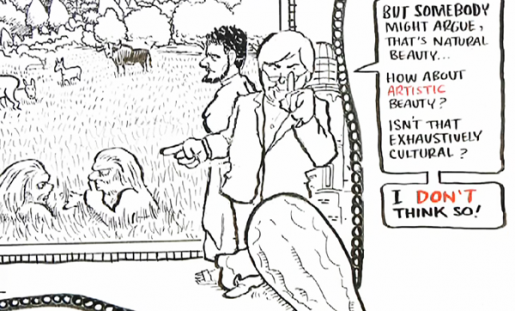 Denis Dutton is a philosophy professor and the editor of Arts & Letters Daily. In his book The Art Instinct, he suggests that humans are hard-wired to seek beauty. (Ted)

He has defended a universal definition of art—something that many theorists assumed was simply impossible. And he has advanced a theory that aesthetics have a universal basis in human psychology, ultimately to be illuminated by the processes of evolution. His ideas in this area are not meant to be the last word, but they lay out testable hypotheses, and point to many fields that can be brought to bear on our understanding of art.

‎”He saw that pompous and empty prose in the humanities had become an impediment to thinking, and initiated the Bad Academic Writing contest to expose it. ”
Steven Pinker from Edge.

Denis was a very sly, very funny, supereducated, and widely allusive lunch companion. He struck me as a natural bon viveur, someone who delighted in talking smack about those not present. His eye gleamed differently from other humanities professors I’d known, his shoulders lacked the obligatory apologetic slump.

What I love—Heidegger, organic food, government overreach—Denis clearly detested. I don’t care. What I learned from Denis, and at exactly the most precarious moment, is the lesson that’s on display every day at ALDaily.com: that one can be precise and brisk, and nuanced and weird, at no cost to either camp; and that the distinction, between the ivory tower and the real world is not only a false, but a callow one. To a new technology, Denis Dutton brought an ancient and enduring grace—the belief in a free and contentious marketplace in ideas. He is sorely missed.