Raoul Ruiz, a highly regarded director of more than 100 films in several different languages, has died at the age of 70.
His films, philosophical yet playful, often deal with the nature of truth and perception while utilizing the notions of parallel realities and identities; few were as willing to toy with the viewer on such a consistent basis.

One of his most ambitious projects was Mistérios de Lisboa (Mysteries of Lisbon, 2010), based on the episodic novel by the 19th-century Portuguese writer Camilo Castelo Branco. The turning and twisting narrative of this four-and-a-half-hour film stretches through three generations and as many countries, all controlled by Ruiz’s flowing digital camerawork. (Obit: Guardian) 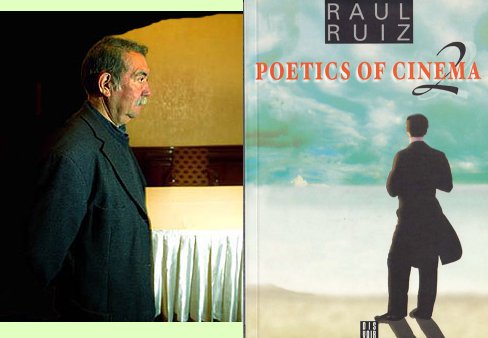 The Hypothesis of the Stolen Painting

But if I had to pick one anecdote (among so many) that best characterised the warmth and genuinely democratic, open spirit of Raúl, it would be from his International Rotterdam Film Festival retrospective of 2004, when I was standing next to him in a crowded foyer. Suddenly, he spotted and waved to a distant guy; they approached each other, warmly embraced, briefly chatted and parted ways in the throng. Who was he (I asked), an actor, a producer from one of his films? No: “He projected my films here in Rotterdam twenty years ago”. For Raúl, a good projectionist was just as important, just as valuable as anyone who contributed to his work, no less than a Malkovich or a Deneuve, a Jorge Arriagada (composer) or a Sacha Vierney (cinematographer). What a memory he had – and what a profoundly ethical sense, right where it most matters, in everyday life, and in the lived history of that everyday. Adrian Martin via girish