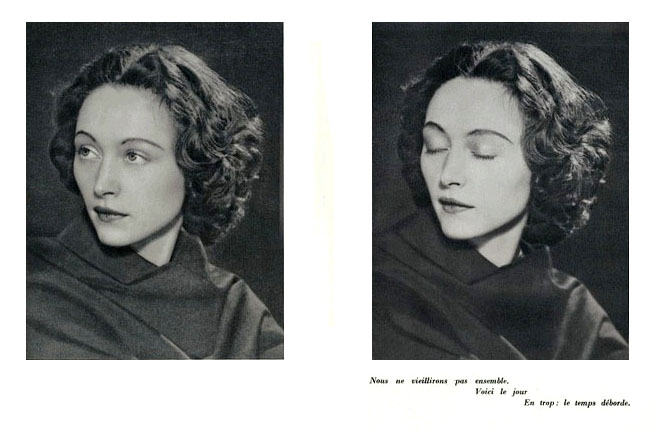 Portrait of Nusch by Man Ray

Nusch Éluard (by Man Ray) – in “Le Temps déborde” (Paris 1947). This book of Paul Éluard was published (under the pseudonym of Didier Desroches) several months after the very sudden death of Nusch (28 Nov. 1946); it contains 14 poems and is illustrated with 11 photos of Nusch by Man Ray and Dora Maar. It is dedicated to Éluard’s friends, Alain and Jacqueline Trutat, who helped him to go through this tragedy. 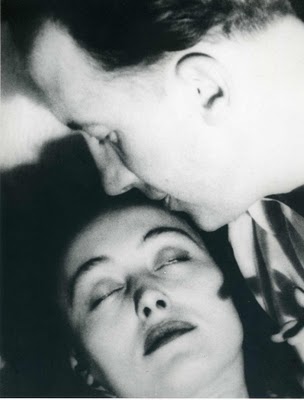 and Nusch Eluard by Man Ray
Photo via