Seamus Heaney – Death of a Naturalist 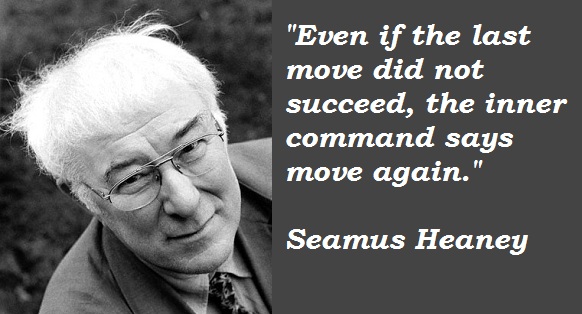 “His last few words in a text message minutes before he passed away in his favourite Latin were ‘noli timere’ (‘don’t be afraid’),” he said.
Over the weekend, tributes continued to pour in from across the world to Mr Heaney, who has been hailed as the greatest poet Ireland has produced since William Butler Yeats.
Writer Colm Tóibín said Mr Heaney was not merely a central figure in the literary life of Ireland, but in its emotional life, in its dream life and in its real life. (via) 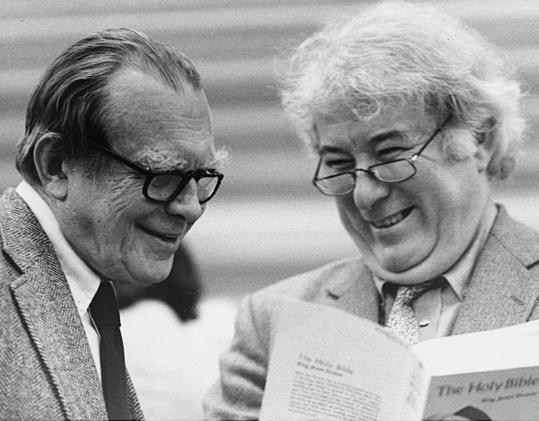 Heaney was especially moved by artists who created poetry out of their local and native backgrounds—authors such as Ted Hughes, Patrick Kavanagh, and Robert Frost. Recalling his time in Belfast, Heaney once noted: “I learned that my local County Derry [childhood] experience, which I had considered archaic and irrelevant to ‘the modern world’ was to be trusted. They taught me that trust and helped me to articulate it.” (Poetry Foundation)