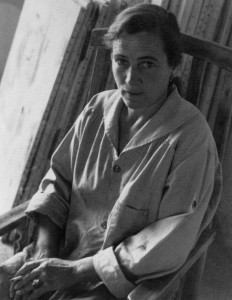 On the roof top 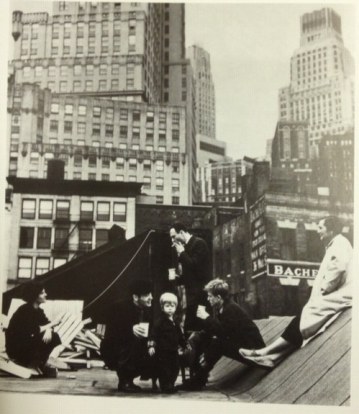 Ms. Martin and Mr. Indiana related to the history of the locale in a particularly intimate way. Both were deeply interested in the American experience as something immediate and poetic, and they embedded the waterfront in their work. In their lofts they found actual relics of the old seafaring days: nautical equipment, shipbuilding materials, iron wheels, charts and ledgers.

Where City History Was Made, a 50’s Group Made Art History

In this film Agnes Martin described her friendship with Jack Youngerman and Delphine Seyrig, 1957.
and their son who grew up to be bi-lingual shuttling between France and USA.

One of the more curious chapters in Martin’s 92-year life concerns her brief career as a filmmaker. In 1976, she made a movie called Gabriel, about a ten-year-old boy’s impressions of the natural world around him. “Every rock, pebble and plant struggling for survival . . . is recorded,” Glimcher writes in the book. Martin was so pleased with the outcome that she planned another film “about the seduction of the princess of China by Genghis Khan,” he says. She went to Japan and hired Kabuki actors and brought them to New Mexico, where she hired Native Americans to play the Mongols. “Filming went on for a time before the project became uncontrollable in its scale,” Glimcher remembers. She gave it up and returned to painting. 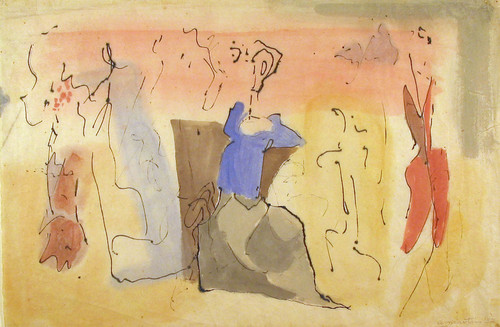 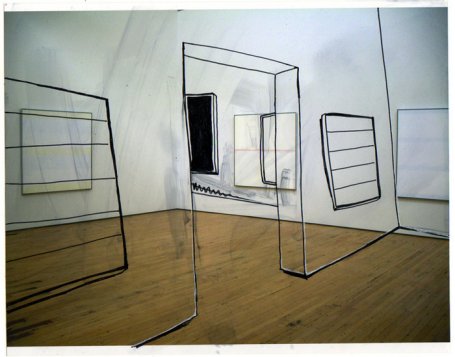 Agnes Martin Both Sides of the Room, From the series “Other People’s Art by Gabriela Vainsencher