Deprecated: Return type of HM\BackUpWordPress\CleanUpIterator::accept() should either be compatible with FilterIterator::accept(): bool, or the #[\ReturnTypeWillChange] attribute should be used to temporarily suppress the notice in /home/mutanteg/public_html/vitro-nasu/wp-content/plugins/backupwordpress/classes/class-path.php on line 456
 R.I. P Yoshiko Yamaguchi/Ri-Ko-Ran – Diva of China & Japan – Vitro Nasu
Previous
Next

Japanese Actress Shirley Yamaguchi, Who Starred in ‘House of Bamboo,’ Dies at 94 (Variety)

She called China her fatherland and Japan her motherland. 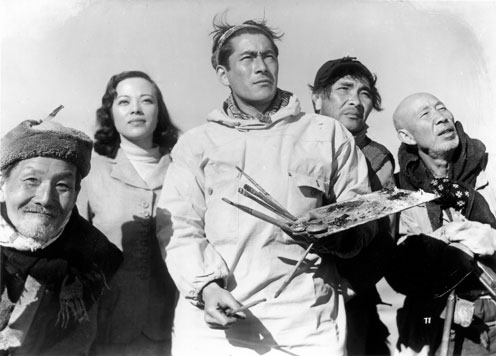 She was active in promoting relations with China and other Asian countries. One of her concerns was Japanese “comfort women” military brothels, an issue that still strains ties between Japan and its neighbours.

In her 1987 autobiography, Yamaguchi wrote she was shellshocked when she watched “China Nights” to prepare the book. “Why did I have to appear in such a movie and perform as ‘Chinese actress Ri Koran (Li Xianglan)’? I felt miserable realising this at this advanced age and I had sleepless nights for months.”

However, according to some Japanese bloggers, the movie was not widely taken as a pure propaganda film but was appreciated by many people in both Japan and China.

“I think song is something that helps shrink boundaries and distances,” Yamaguchi told public broadcaster NHK in 1985. “I myself suffered much as I was trapped in a war between two countries as long as I remember. Therefore I am determined not to tolerate any war.” (via)