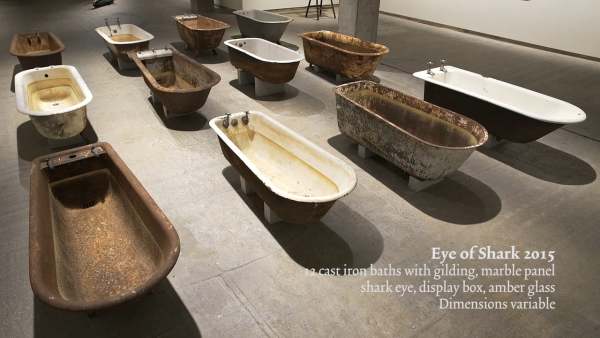 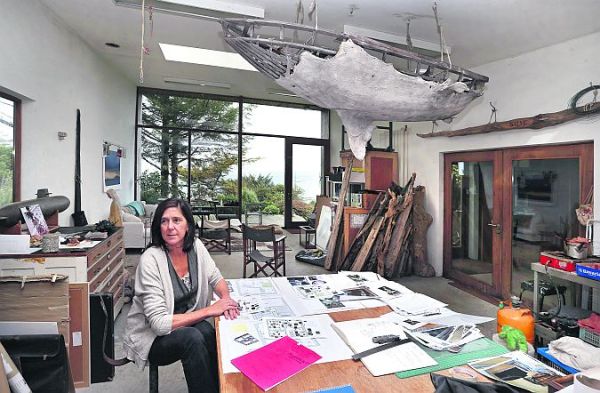 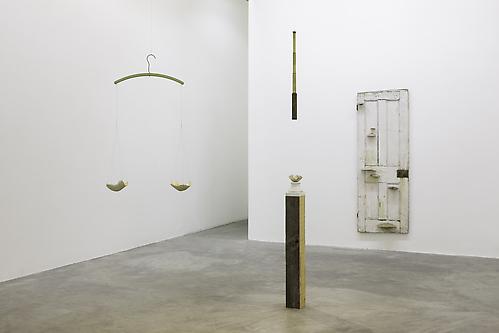 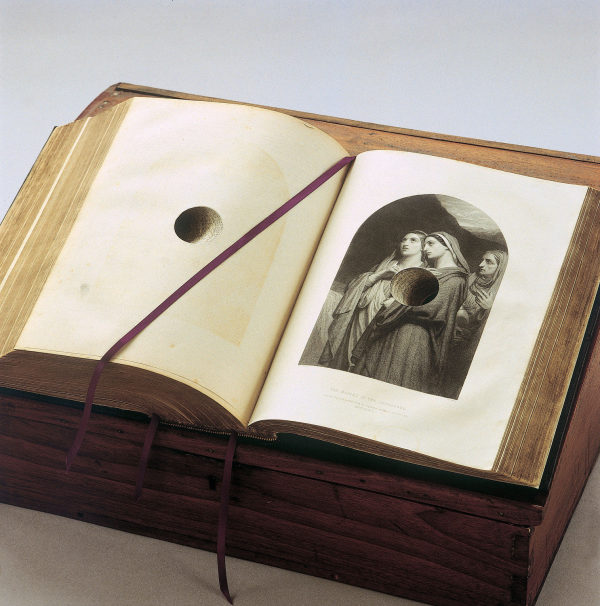 Dorothy Cross studied at the San Francisco Art Institute, among others, from 1980 to 1982, before eventually choosing to return to Ireland, in Dublin then Connemara. Since the mid-80s her work has included sculpture, photography, video, and installations. She reappropriates the locations and materials she uses to make new metaphorical associations that sound out today’s sexual and religious behaviours, habits and identity constructions. She utilises the animal realm (sharks, jellyfish, cows, crabs, birds, snakes) to question male and female stereotypes and the notions of power, dependence, and fertility. The Udder series (a phonetic play on the word other), created between 1990 and 1994, most notably includes the pieces Virgin Shroud (1993), inspired by her mother’s wedding dress, and Saddle (1993). Her experience working at an electric plant for a few years resulted in a series of object/environments, which she explored through photography: the “residues”, which include Control Room, Dresser, and Parthenon, were presented at the Powerhouse exhibition in 1991. She also represented Ireland at the 1993 Venice Biennale.