Laughing with That One 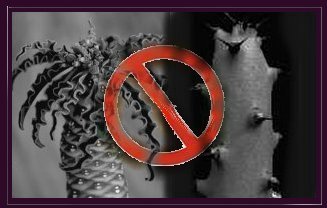 My geisha cacti are playing Sarah Failin and John McInsane this morning. We have a few more weeks to put up with this team. (Previously Fear and Trembling and Memoirs of C. Geisha – Andy W and Glenn G)

Kenneth Baker interviewed by Timothy Backwater, and Part II
(I’ve always enjoyed reading Kenneth Baker’s reviews on art at the SF Gate, now I got to see what he looked like and learned about his background.)

Part II of Nabakov on Kafka

Michel Houellebecq directed a film called A Possibility of an Island, starring Benoît Magimel (He was in The Piano Teacher, had a daughter with Juliette Binoche).

Right Again: The Passion of John Stuart Mill (by Adam Gopnik at New Yorker) Delightful reading, J S Mill’s wife was a feminist and so was he.

This one from Michael Berube

Oh, and this one would be happy
Just to love you, but oh, no, no, no
That one won’t be happy
Til he’s created a huge new
health care bureaucracy

And finally don’t pass up on this Dickhead whose life was cut short tragically, unlike another dick-cheney-head who is hiding in his bunker.