Deprecated: Return type of HM\BackUpWordPress\CleanUpIterator::accept() should either be compatible with FilterIterator::accept(): bool, or the #[\ReturnTypeWillChange] attribute should be used to temporarily suppress the notice in /home/mutanteg/public_html/vitro-nasu/wp-content/plugins/backupwordpress/classes/class-path.php on line 456
 Shark Fin Soup and Tissue 2 – Vitro Nasu
Previous
Next

JTwine and I have started a Fung Shark Fin Soup project.
A misspelling of my name Fung Fin Hall by Jurgen had led to this new exploration and creative possibilites. He is German and I am Chinese we don’t like to waste anything. This should keep us busy for a while.

Now back to my other new project.
Tissue 2 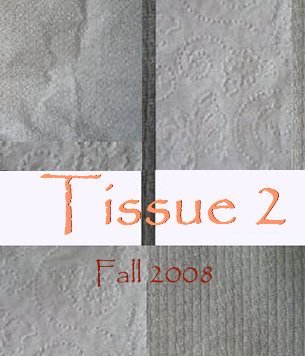 Tissue 2 is my response to the current controversy regarding Issue I.
Tissue in this instance is not from our body or shark but more like the tissue you find as Angel Soft, Cottonnelle, Northern or Charmin. (Pay attention to different patterns from these brands – this is a digital photo based collage.)
See Flickr Tissue here.

Featuring the work of 3, 164 poets. Completely unpermissioned and unauthorized, pissing off the entire poetry community. Either you’re in or you’re not.Issue I from Poetry anthology.

i think this is funny and i approve of it -Tao Lin(a reader of depressing books)
i’m excited, i really like Tsuyoshi Yumoto – Tao Lin (again, in one sentence.)

I take this to be a characteristic pathology of artistic/intellectual community on the web: the constant panic over whether one is presenting oneself in the most sophisticated and even-handed light, and whether someone else has outdone one in this regard. I don’t know if the project was consciously deployed in light of this dynamic, but that’s certainly the way it’s manifesting its effect. Or maybe this is just me projecting. Oh my god, I’m so embarrassed.
Lime Tree on Issue I

I am bothered that he is bothered

Dear The Future,
Even though I’m not actually
Ron Silliman, I’m pretending
to be just for the sake
of this poem. (read more from Hitler’s Mustache)

I would just call it-The Unbearable Lightness of Issue #1. There is something about that huge sudden ironic parody that calls for instant recognition of the non serious nature of the intervention. This is the “unbearable lightness of blogging” as I have termed it, par excellence. 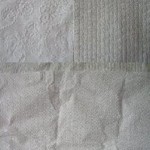 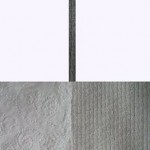 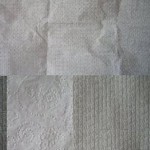