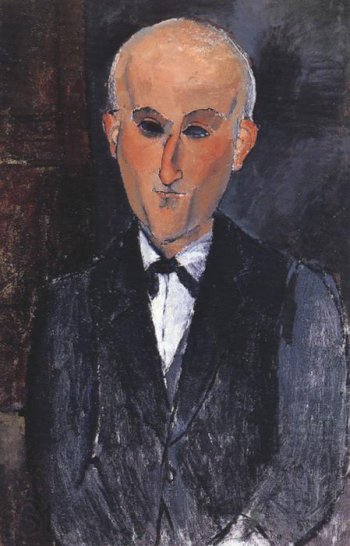 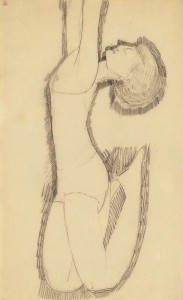 as an acrobat by Modi 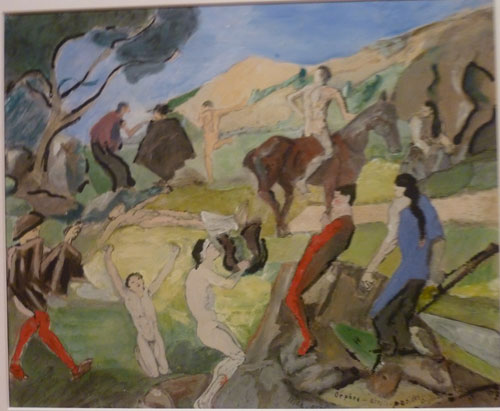 (via)
Painting by Max Jacob, “Orpheus Attacked by the Brigands,” 1928, Philadelphia Museum of Art
For Jacob, an openly gay apostate Jew, the myth also carried personal significance. When Orpheus loses his wife Eurydice in the Underworld, he renounces women for the love of men, thus providing Jacob with an affirming image of homosexuality from classical antiquity.

Picasso said: ‘There’s only one man in Paris who knows how to dress and that is Modigliani.’ He didn’t say that as a joke. Modigliani, poor as he was, even to the extent of having to borrow three sous for the underground to go to the literary evenings at the Closerie des Lilas, was not only refined, but had an eclectic elegance. He was the first man in Paris to wear a shirt made of cretonne. 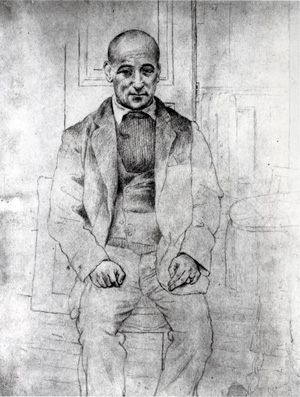 1876-1944. Met Picasso in 1901 and for some time shared a studio with him. Afterward, and for many years to follow, he lived three doors away from the artist on the Rue Ravignan. One of the key members of the group that formed around Apollinaire. A painter as well as poet, Jacob lived in extreme poverty, working at all manner of jobs throughout his life. Although born a Jew, he converted to Catholicism in 1915, six years after having a vision of Christ. In 1921 he moved from Paris to the small village of Saint-Benoit-sur-Loire, close to a Benedictine church, where he remained until his arrest by the Nazis in February 1944. He died the following month in the concentration camp at Drancy. (via)

Update: Max and Picasso were both so poor they shared the same overcoat, hat and gloves in winter. There was one bed. One went out and used the coat, the other stayed in and used the bed. What resolve! (via email thanks to Janet Paparelli.)