Today, the devastating news arrived that Tim Hetherington had been killed in Misratah, Libya. He was many things: a journalist, a photographer, a filmmaker, an artist and friend. He recently won popular acclaim after the documentary Restrepo, which he directed, was nominated for an Oscar.

“The media landscape is in flux, and so am I,” said Hetherington. “Who knows what the future holds.” 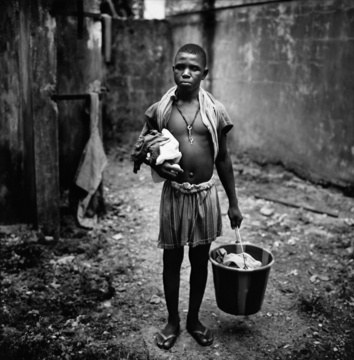 Earlier today, April 20, photojournalist Chris Hondros was killed on assignment in Misrata, Libya. He was 41 and recently engaged to be married.
His long list of awards — from being nominated for the Pulitzer Prize for breaking-news photography (2004), to winning the Robert Capa Gold Medal (2005) for “best published photographic reporting from abroad requiring exceptional courage and enterprise” — attest to Chris’s skill and legacy as a photographer