The Trial of the Chicago Seven – Sorkin’s Courtroom Drama 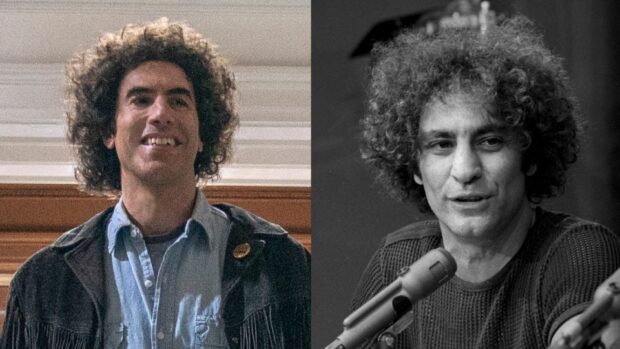 “There was more circus in that courtroom than I show in the movie. The scene where Sacha Baron Cohen [as Abbie Hoffman] and Jeremy Strong [as Jerry Rubin] enter the court wearing judges’ robes and then take them off with police shirts underneath — that really happened, but I decided to take it out of the movie, and it took Sacha and Jeremy lobbying me to put that back in. They persuaded me, and they were right.”

Was there anything about Kunstler in particular that impressed you?
More frightened than anything. He’s so different than me. I was very impressed by him and his whole life really, and how these events changed him, and how he let go of the image of his life—of comfort and security—in a way that a lot of the other older people at the time couldn’t let go. He was so inspired by the eloquence and wisdom and passion of these young people that he went on to work for those poor prisoners in Attica and the American Indian movement when their issues came to the surface. He really spent his whole life after that defending those who might not be properly defended.

I wish we had him around at the moment to unravel the knot of something like Guantanamo Bay; it’s so distressing to hear the people who were there without any justice. It’s an unresolved issue, for sure. But there are people around like Kunstler who are doing that work. 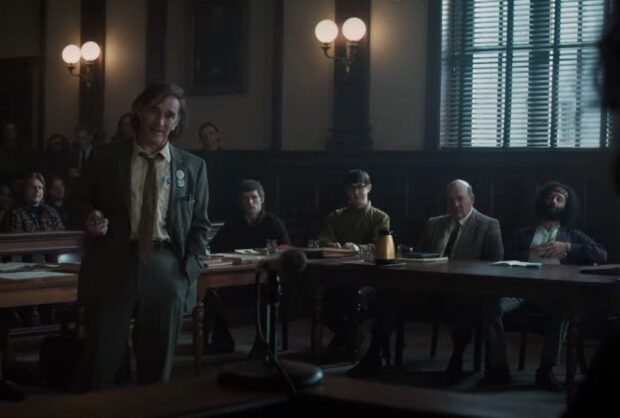 What Happend to the real life major platyers

The Trial of the Chicago 7 Is a Riveting Movie. But the True Story Is Even More Dramatic
Time Magazine True Stories