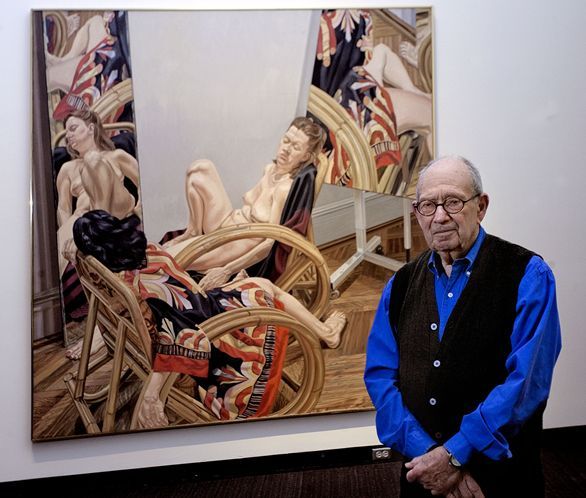 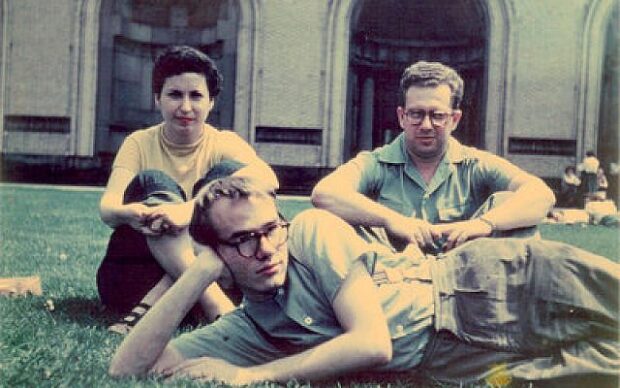 Philip Pearlstein, whose planar arctic nudes of the 1960s revitalized realistic figure painting for a new generation, died December 17 in New York at the age of ninety-eight. An accomplished illustrator by his teens, Pearlstein flirted with the emotional hues and geometric shapes of Abstract Expressionism before diving fully into figuration with his disaffected, antisexual nudes and paving the way for such twentieth-century notables as Jack Beal, Alex Katz, and Alfred Leslie. “A typical Pearlstein nude, in which the genitals are rarely as obvious as in any of [Larry] Rivers’ earlier nudes, establishes so corporeal a presence that, despite its seeming somnambulant apathy, it bursts through the limits of style,” wrote Sidney Tillim in a 1966 issue of Artforum, attempting to explain the controversy then surrounding the artist’s work. “The nude, in other words, regains its existential dignity.” (Artforum obit)