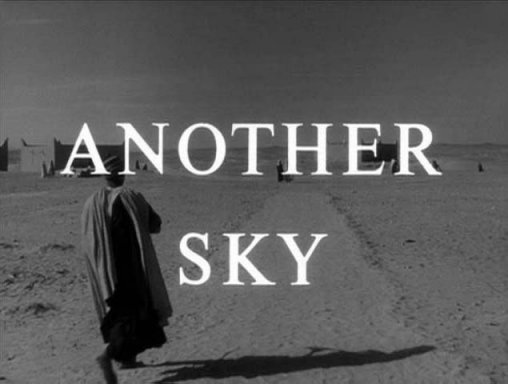 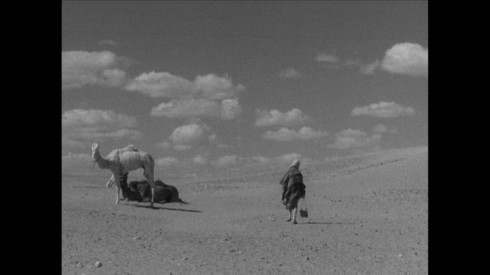 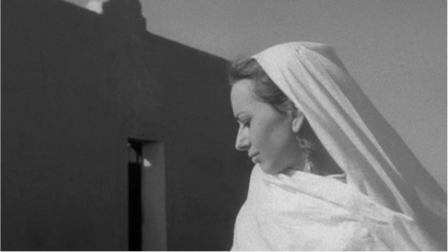 The only film directed by film critic and screenwriter Gavin Lambert (I Never Promised You a Rose Garden, Inside Daisy Clover), Another Sky unfolds around a demure and prim governess who arrives in Marrakesh, Morocco to begin a new job as a paid companion to a wealthy English expatriate. As she explores her exotic surroundings, she is seduced by the men, music, and mystery of her new home.

Beautifully capturing the 1950’s atmosphere of North Africa, D.P. Walter Lassally’s camera work is nothing short of extraordinary and hypnotic in tone and imagery as Lassally captures both the hedonistic spirit of the time along with the sublimely spiritual nature of the region. Lassally would later win an Oscar for his camera work on Zorba the Greek

Another Sky may be available at your local library.

His final biography, Natalie Wood: A Life (2004) supplied an insider’s look at actress Natalie Wood and chronicled everything concerning her life, since Lambert was a friend of Wood for sixteen years. The book was praised by Natalie Wood’s daughter, Natasha Gregson Wagner, as “a wonderful biography on my Mom. It will be the definitive biography on my mother.” Lambert’s biography includes Wood’s relationship with Elvis Presley, and interviews with the people who knew Wood best, such as Robert Wagner, Warren Beatty, Paul Mazursky, and Leslie Caron. In his book, Lambert controversially claimed that Wood frequently dated gay and bisexual men, including director Nicholas Ray and actors Nick Adams, Raymond Burr, James Dean, Tab Hunter, and Scott Marlowe. Lambert said he was also involved with Ray and that Wood supported homosexual playwright Mart Crowley (a later lover of Lambert’s) in a manner that made it possible for him to write his play, The Boys in the Band (1968). Lambert’s final book was The Ivan Moffat File: Life Among the Beautiful and Damned in London, Paris, New York and Hollywood (2004).