Bruce Chatwin and Werner Herzog – the Anatomy of Restlessness 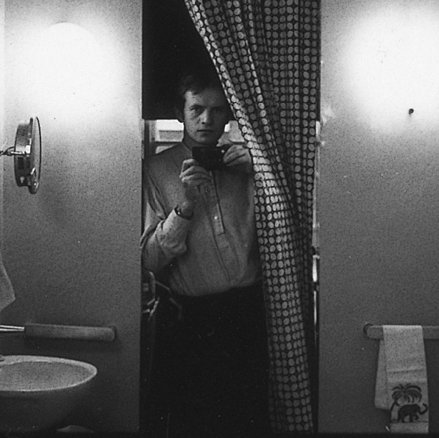 Susan Sontag wrote of him: “There are few people in this world who have the kind of looks which enchant and enthrall … It isn’t just beauty, it’s a glow, something in the eyes. And it works on both sexes.”

Werner Herzog said Chatwin was a great story teller..
German filmmaker Werner Herzog relates a story about meeting Chatwin in Australia while Herzog was working on his 1984 film, Where the Green Ants Dream. Finding out that Chatwin was in Australia researching a book (The Songlines), Herzog sought him out. Herzog states that Chatwin professed his admiration for him, and when they met was carrying one of Herzog’s books, On Walking In Ice. The two hit it off immediately, united by a shared love of adventure and telling tall tales. Herzog states that he and Chatwin talked almost nonstop over two days, telling each other stories. He said that Chatwin “told about three times as many as me.”[24] Herzog also claims that when Chatwin was near death, he gave Herzog his leather rucksack and said,”You’re the one who has to wear it now, you’re the one who’s walking.”

In 1987, Herzog made Cobra Verde, a film based on Chatwin’s 1980 novel The Viceroy of Ouidah, depicting the life of Francisco Manoel da Silva, a fictional Brazilian slave trader working in West Africa. Locations for the film included Brazil, Colombia and Ghana. via his wiki..

Cobra Verde was based on Bruce Chatwin’s novel The Viceroy of Ouidah.

The Essential Truthiness of Bruce Chatwin and Werner Herzog 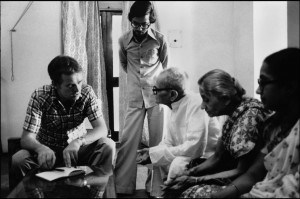 ( Photo by Eve Arnold)
INDIA. Bruce CHATWIN interviewing in Delhi for the Sunday Times. 1977
On the Road with Mrs G. (A witty and charming article on Indira Gandhi by Bruce Chatwin- they talked about Joan of Arc & Margaret Thatcher- describing a leader out of touch.) 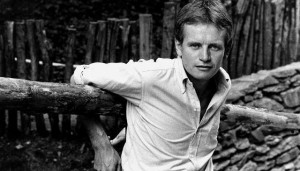 Not a travel writer but a traveling writer, he was a biblioperipatetic. He read, that is, as he walked — large swatches of Western literature and thought were lavished on the places and people he visited — and he walked as he read. 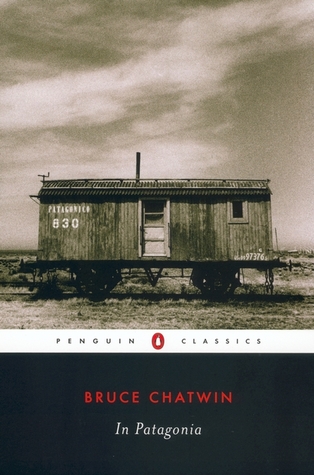 The quest writing was dazzling at the time (I reviewed some of it, and was dazzled). Visiting the aged Nadezhda Mandelstam, he sorts out body and soul. She lies curled up in bed, shabby and unkempt, welcoming a gift of marmalade, sniffing at a bottle of less than premium Champagne and getting Chatwin to straighten a painting she’d knocked awry by hurling an unsatisfactory book at it. It was modernist white-on-white: ”Perhaps that is all one can do today in Russia?” she muses.(via There’s No Place That’s Home) 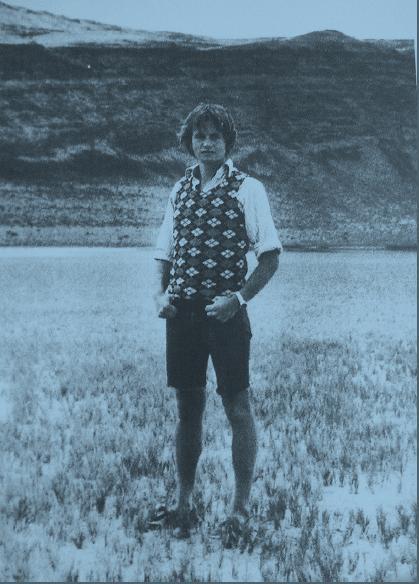 In the summer of 1972, before starting to work as an adviser on art at the Sunday Times, Chatwin went to Oregon (USA) trying to finish his nomad book. He stayed in a cabin, owned by the film director James Ivory, in the Lake of the Woods (Klamath County).
Chatwin met Ivory in England in 1969, at the house of the painter Howard Hodgkin near Bath.
Here is a Chatwin’s picture taken by Ivory in the Oregon desert (1972): (via Facebook)

What Am I Doing Here?
In this text, Bruce Chatwin writes of his father, of his friend Howard Hodgkin, and of his talks with Andre Malraux and Nadezhda Mandelstram. He also follows unholy grails on his travels, such as the rumour of a “wolf-boy” in India, or the idea of looking for a Yeti.

Chatwin was one of the first prominent men in Britain known to have contracted HIV and died of AIDS, although he hid the facts of his illness.