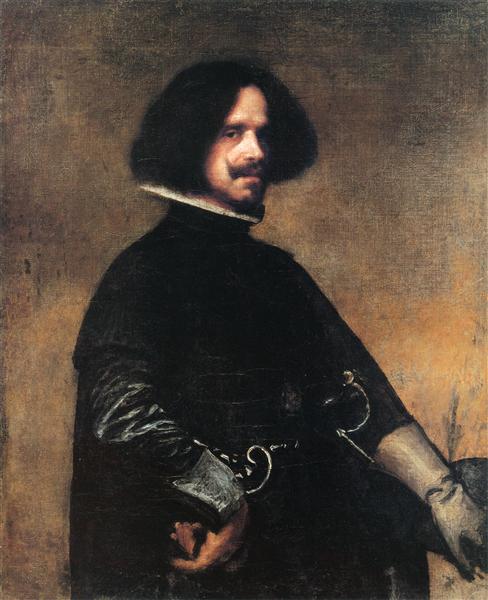 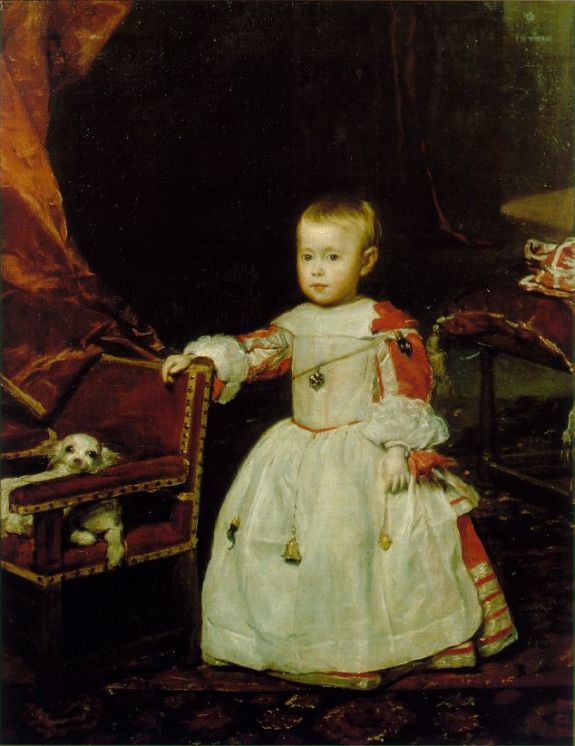 In the earliest portrait of Felipe Prospero, the prince rests his hand on the chair, symbol of royal status and power. In that chair, a sweet dog rests happily. Arthur C. Danto, the already cited professor of philosophy from Columbia, comments:

“Given the chair in the rigid semiotics of courtly etiquette in Spain, something is being conveyed beyond the fact that spoiled dogs climb into furniture in which courtiers would not dare to sit. Some metaphysical joke? Or the suggestion that dogs hold some rank in nature higher than slaves or even courtiers: All I know is that a dog in a chair is not innocent naturalism.” 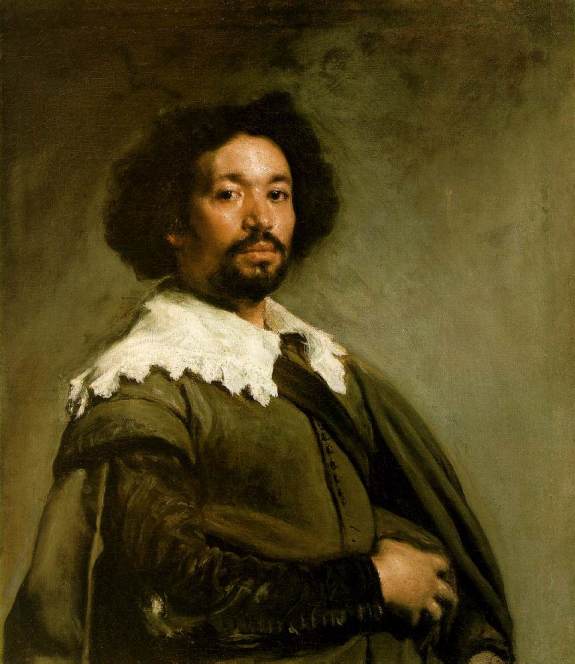 Pareja, his mulatto slave whom he had taught to paint. In it, he endowed Juan, whom he freed, with a majestic presence, adorning him with a fancy lace collar, a luxurious form of adornment forbidden by the sumptuary laws of the time, especially to someone of his social category. 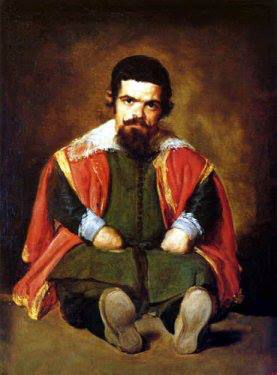 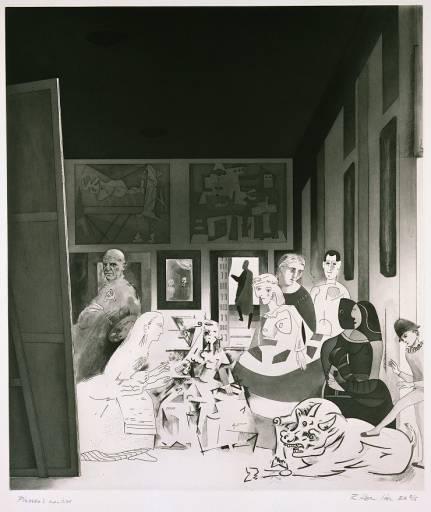 of Philip IV by Velázquez and Mark Z. (Photo collage by Toni Dalton)