We are back with Rawi Hage and his Beirut novel about the Lebanon civil war. I don’t know if Rawi saw this film but that is what I thought of when I saw this film a few days ago.

Volker Schlöndorf, after the success of the Tin Drum turned down Hollywood offers to make this film. Margarethe von Trotta helped with the script.

Shot on location in the still smoldering streets of Beirut, Circle of Deceit is a film of riveting tension and passionate eloquence now available for the first time on US DVD and video. (Via)

The fighters in the film are real fighters and the weapons and ammunition they use is real. The fighters only fight at night so were available during the day to work as extras. Volker Schlöndorff was grateful that nobody was injured making this film due to the professional expertise of the extras. The special effects crew loved that they could actually blow things up. He said that Bruno Ganz was distressed with the war experience whereas Hanna felt quite comfortable in the midst of chaos. (Maybe this is because Bruno is Swiss.) Hanna stayed for three or more weeks in Lebanon afterward trying to find and adopt an orphan just like the character she portrayed in the film. She did not find such an orphan in the end. 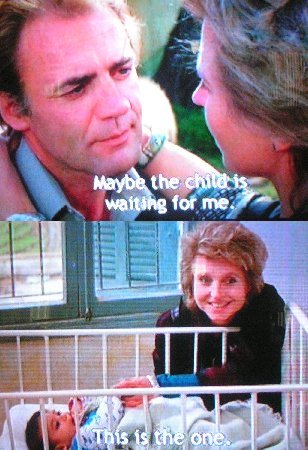 Not quite related to this film above, Hanna gives an interesting view of her experience working with Bela Tarr in this interview by Susan Sontag.
She said,

…he’s a perfectionist and that doesn’t interest me in life. (From Sontag interviews Schygulla)