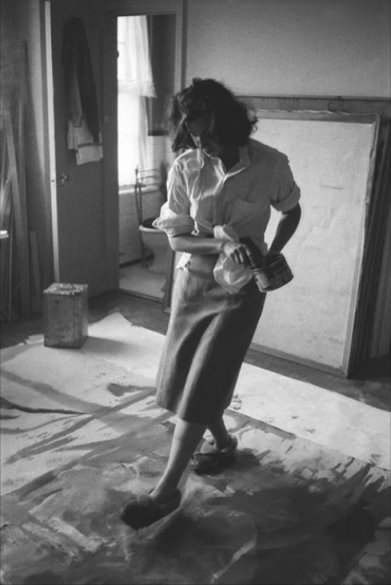 Like Diane Arbus Helen Frankenthaler came from a wealthy family, unlike Arbus, Helen was at home in the 1% world enjoying access to influential people, to a life of comfort and, to laughter. 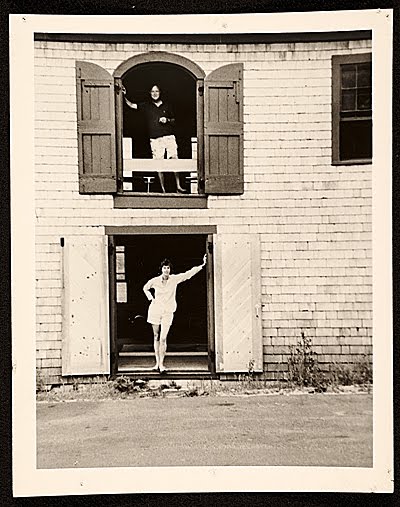 (Motherwell upstairs and Helen below) As the Wifewell of Robert Motherwell, she enjoyed entertaining guests, threw a big party. They were the Olivier and Vivien of the art world, elegant, erudite (Motherwell was) and grand.
Helen and Motherwell divorced, Nancy Spero and Leon Golub they were not.. (an enduring activists/artists who painted violence.)

In 1953 Morris Louis and Kenneth Noland were both profoundly influenced by Helen Frankenthaler’s stain paintings they were brought to her studio in 1953 by critic Clement Greenberg her lover at the time, the artist was not there.
If Helen did not date Clement what would have happend to Kenneth Noland and Morris Louis?

(James Brooks was amongst the first abstract expressionists to use staining as an important technique. According to Carter Ratcliff) See his gorgeous paintings.. 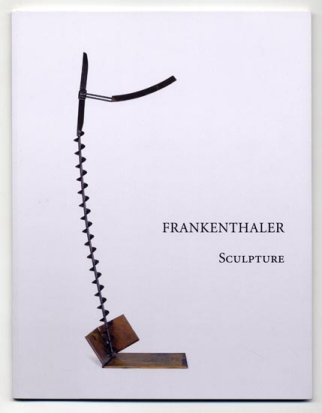 In 1972, Ms. Frankenthaler made a less successful foray into sculpture, spending two weeks at Mr. Caro’s London studio. With no experience in the medium but aided by a skilled assistant, she welded together found steel parts in a way that evoked the work of David Smith.

Although she enjoyed the experience, she did not repeat it. Knoedler gave the work its first public showing in 2006.

“For a very long time I had a photo of one of her sculptures in my wall, a bronze, looking a bit like a blown up film canister, and no one recognized that it was her work. But when told, many would gasp and sat, now, I really like that, I didn’t know she did anything like that , so lovely, amazing, really. I like many of her paintings but, as with Twombly, I prefer the sculptures.”
“I think this is hers, but it’s not the piece I fell in love with.”

Collection of obits here.. including a scathing review by Charlie Finch. .. no surprise there.. he likes to pinch.

Over on Artnet, Charlie Finch declares that Ms. Frankenthaler “was another one of those painters who, like the recently deceased George Tooker, basically made one painting,” Mountains and Sea (1952)—which, he writes, “inspired so many lazy imitations in studios across the world, including that of Frankenthaler herself.”

Frankenthaler did take a highly public stance during the late 1980s “culture wars” that eventually led to deep budget cuts for the National Endowment for the Arts and a ban on grants to individual artists that still persists. At the time, she was a presidential appointee to the National Council on the Arts, which advises the NEA’s chairman.
In a 1989 commentary for the New York Times, she wrote that, while “censorship and government interference in the directions and standards of art are dangerous and not part of the democratic process,” controversial grants to Andres Serrano, Robert Mapplethorpe and others reflected a trend in which the NEA was supporting work “of increasingly dubious quality. Is the council, once a helping hand, now beginning to spawn an art monster? Do we lose art … in the guise of endorsing experimentation?”