Ken Russell – Formidable film director with an impish sense of humour and a talent to entertain and provoke died at 84 years old on Nov 27.
Many Ken Russell film clips are assembled here including an interview of Martin Scorsesee and Ben Kingsley talking about Ken and their favorite films. How many Ken Russell films have you seen?

The fascination with genius, ambition and the creative process — and the project of making high culture accessible to a popular audience — continued in Mr. Russell’s later fictional features. Many of them take considerable liberties in exploring the lives and works of composers and artists: the Tchaikovsky biopic “The Music Lovers” (1970);“Savage Messiah” (1972), about the French sculptor Henri Gaudier-Brzeska; “Mahler” (1974); “Lisztomania” (1975), which imagined Franz Liszt as the original pop superstar. (NYTimes via) 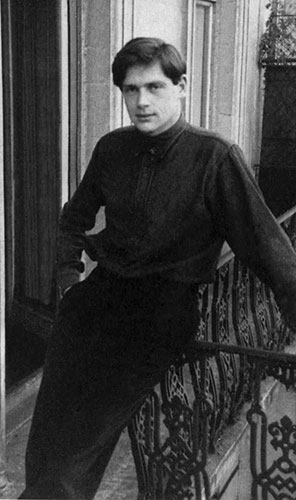 as a young Photographer.
Like the much-better-regarded Stanley Kubrick, Russell’s creative career progressed from still photographer to short filmmaker. (See a slideshow of his photographs)

He has made three films based on D.H. Lawrence, the most critically aclaimed “Women in Love’ for which Glenda Jackson won her first Oscar, “The Rainbow” came next and more recent “The Lady Chatterlay’s Lover”. “The Devils” was his most controversial. Derek Jarman did the art/set design for the “Devils” and launched his career in films.

Song of Summer – Delius (previous post) – (Considered to be one of his finest bio-pics).

Sunday Painter Henri Rousseau
A non-actor played Henri Rousseau.. both Rousseau and Alfred Jarry were so authentic a truly marvelous joyful portraiture rarely seen in films these days. (Alfred Jarry was played by Annette Robertson in the role of the surrealist playwright.)

One of his early films ( via)